Charles Webster Leadbeater (1854–1934) was a highly developed clairvoyant who unfolded and perfected his psychic faculties under the guidance of his Adept-Teacher.  He commenced clairvoyant investigations in 1893, on occasion collaborating with Annie Besant, the second President of The Theosophical Society, and wrote over thirty books on the spiritual life and the psychic nature of man.

C. W. Leadbeater was born in Cheshire, England.  Nothing much is known about his education, but he seems to have acquired a knowledge of Greek and Latin and other grammar school subjects.  He was a member of the Church of England and as a young man took an active part in the work of All Saints’ Church, London. His interest in Christianity became stronger over the years and led him to a vocation in the priesthood.  What theological studies he pursued is not known; nevertheless, the influential backing of his uncle, Rev W. W. Capes, Fellow of Queen’s College, Oxford, and his own exemplary character were sufficient to secure his ordination as deacon in 1878, followed by his ordination as a priest in 1879, when he took up residence beside the village of Liphook with his mother.

Leadbeater was a hardworking and dedicated young man.  He worked extensively with young people, organizing group activities in which they committed themselves to church loyalty, temperance, compassion towards animals and Christian morality.  He moreover shared with them his various interests and hobbies such as music, reading, cricket, nature walks, swimming, ornithology, astronomy and mathematics. He had a curiosity about the purpose and the psychological aspects of human life and attended regularly seances with William Eglinton and other prominent mediums of the day.  Being a simple and straightforward man he did not pay too much attention to local disapproval of his interests.

Leadbeater’s pursuit of psychic phenomena brought him into contact with A. P. Sinnett, then Vice-President of the Theosophical Society, and in 1883 he became a member of the Society.  The next year was a turning point in his life. He came into contact with Madame Blavatsky and decided to go to India with her, leaving England and his commitments and making a clean break. His mother having died in 1882, there were no personal ties to hold him back.  He joined Madame Blavatsky at Alexandria and on this journey out to India she impressed upon him the lesson of indifference to what other people might think or say about him — an important lesson which made him formidable, though in a quiet way, and saw him through several storms of controversy.

On his arrival in Ceylon (now Sri Lanka) Mr Leadbeater took Pañcaºila, the five vows, as a Buddhist, seeing that they were not in conflict with his loyalty to Christianity.  He supported the efforts of Col. Olcott, President of The Theosophical Society, to help the Buddhists of Ceylon to become free of the severe restrictions imposed on their religious practices and to draw the Buddhists of all countries together by subscribing to the fundamental teachings of Buddhism.

At the Headquarters of The Theosophical Society in Adyar, Leadbeater worked strenuously at any task that needed to be done.

In 1885, Leadbeater’s Teacher gave him instruction which enabled him to become clairvoyant; and he wrote many books and articles recording the view of the world which this opening of psychic faculty gave him.  In 1895, together with Annie Besant, he began to examine the atomic structure of more than 60 elements. In 1908, in The Theosophist, their discovery of a variation of neon (later called isotope) was reported.  The first edition of Occult Chemistry, summarizing their research, was published in 1908.  In 1951 a special edition, edited by C. Jinarājadāsa and Miss E. W. Preston, was published.

In 1978, Dr Stephen Phillips put forward a convincing case in support of the discoveries made 69 years earlier, backing it by mathematical reference to the known behaviour of subatomic particles.

Leadbeater was in demand as a speaker and made many lecture tours worldwide.  He also wrote extensively, both individually and in collaboration with Annie Besant. He had a clear, simple style of considerable distinction and conveyed his meaning lucidly.  As the years went by, his books held a dominant position in the literature of modern Theosophy.

Throughout his life Leadbeater involved himself in teaching, educating and helping young people; his psychic faculties helped him to recognize the potential of any young person, which on many occasions helped the child follow a wholly exceptional career in adult life.  In 1909, at Adyar, it was Leadbeater who picked out the young J. Krishnamurti seeing his remarkable qualities, and together with Mrs Besant prepared him for future spiritual work. He was deeply involved in Buddhist educational work in Ceylon (Sri Lanka) where he was appointed the first Principal of a school, which later became the famous Ananda College.

Mr Leadbeater moved to Sydney, Australia, in 1914.  For a long time he had been clairvoyantly observing the inner effects of church services and other ceremonies.  He saw that the Christian sacraments and eucharistic rites were devised for the release of uplifting spiritual forces. In 1915 he was joined by J. I. Wedgwood, a Theosophist and keen ritualist, and was initiated into Co-Freemasonry, which admits men and women alike.  Leadbeater recorded some of his impressions in this new field in two books, The Hidden Life in Freemasonry and Glimpses of Masonic History.

J. I. Wedgwood was consecrated bishop of the Old Catholic Church in England in February 1916; and in July he consecrated Leadbeater.  He worked with Leadbeater in Sydney to revise the Old Catholic Liturgy, basing themselves on clairvoyant investigations into the inner effects of the various services.  The name of the church was later changed to the Liberal Catholic Church (LCC) and it spread to every continent. The LCC requires no specific commitment as to doctrine or belief from anybody who partakes of its services or approaches its altars.  Mr Leadbeater continued the work for the LCC till the end of his life in spite of many controversies. 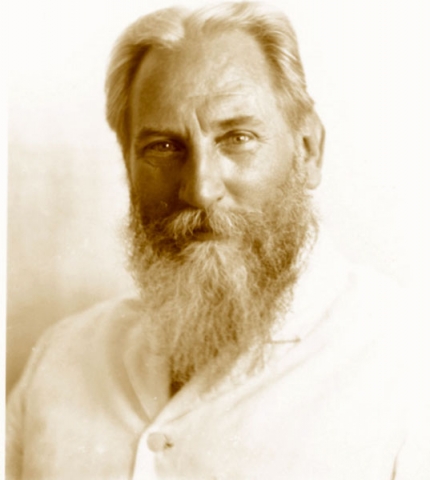