An enthusiastic team of volunteers, mainly from the Chennai Trekking Club (CTC), have been cleaning the River bank adjacent to our Campus weekly, since April 2016, on Friday mornings from 6 to 8am. The purpose of cleaning the river became all the more important after the floods of last December, and this grew into a Chennai Cleanup Project run by the head of the Club, Mr Peter van Geit.

Mr Anand Aryan contacted the TS in February and presented the idea. Anand was willing to coordinate a volunteer group to assist cleaning the banks of the Society, and the international President, Mr Tim Boyd, accepted the initiation. The first surveys were made, a team formed, and the project started on 8 April with over 120 volunteers, all with smiles. Each time 50 to 100 volunteers have attended, among them some of our Maintenance staff volunteering. Security has ensured the entrance of the volunteers.

Why such initiative? Peter once wrote ”Let's restore one of the city's most beautiful green jewels from the garbage resulting from the flooding of the Adyar river”. The garbage accumulated on the river banks and seaside has grown enormously for years. Awareness of reusing and recycling would help for a greener future. In our Campus, after cleaning the river banks land-side, cleaning from the river side using boats will take place.

In December 2016 there came a break to this cleanup effort due to the cyclone Vardah, which has required other attendion with the fallen big trees. A new effort to celanup will be necessary, because Vardah brought new trasch to the shores. The projet continues in summer 2017. Perhaps we can welcome new birds again when the banks are nice.

In addition to the Friday cleanups of our Campus, CTC arranged the yearly big effort of the 7th Chennai Coastal Cleanup on 19 June. Around 5,800 volunteers attended that effort to collect tons of garbage from 20+ km of the Chennai seashore, with 15 volunteers from the TS concentrating on cleaning the zone around the Broken Bridge in front of the TS. 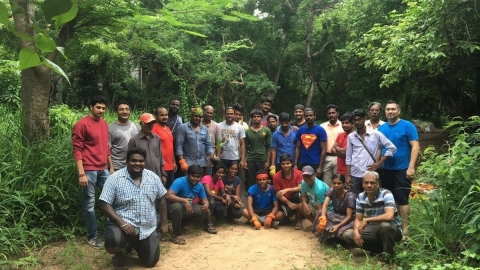 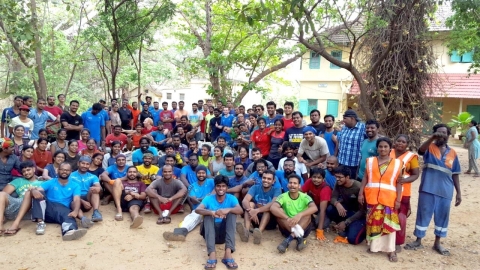 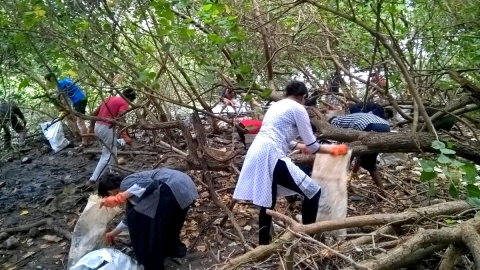 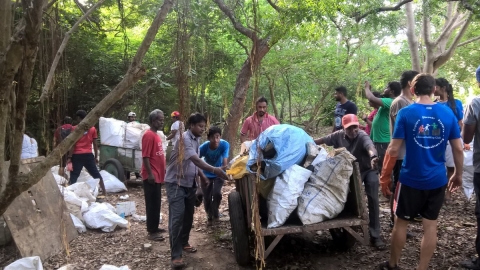 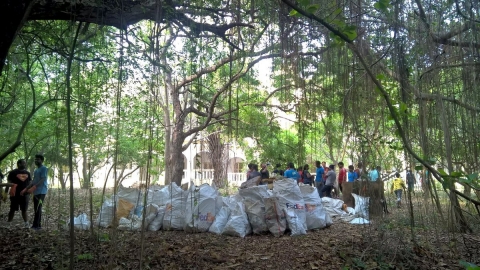 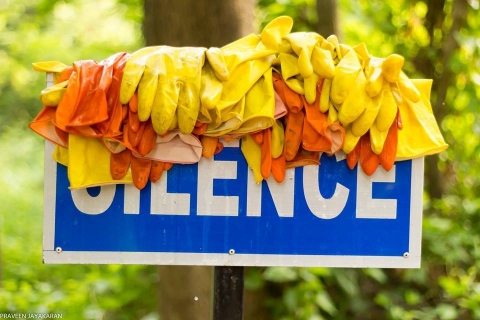 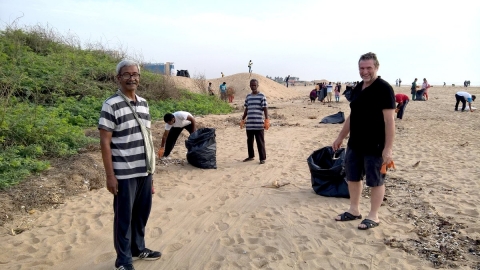