George Sydney Arundale (1878–1945) was third President of The Theosophical Society from 1934 to 1945. He was a dynamic and inspiring leader, closely associated with Annie Besant in her many-sided work. C. Jinarâjadâsa, who succeeded him, said that Arundale ‘typified Brotherhood in action’.

G. S. Arundale was born on 1 December 1878 in Surrey, England. His mother having died at childbirth, George was adopted by his aunt, Miss Francesca Arundale, who had joined the Society in 1881 and often welcomed Madame H. P. Blavatsky as her guest, thus providing an opportunity for young George to meet her. He was educated partly in Germany and partly in England, and in 1900 graduated from St John’s College, Cambridge. Two years later, at Dr Besant’s invitation, he went to India with his aunt to become Professor of History at the Central Hindu College, Benares (now Varanasi). In 1907 he was appointed Headmaster of the Central Hindu College School, and later Principal of the College. He was very popular with both teachers and students, for he had a great understanding of youth, with whose welfare he concerned himself all his life.

Beginning with his first Convention lecture in 1910, Arundale frequently addressed Theosophical Conventions. After a brief period as General Secretary of the Theosophical Society in England (1915–16) Arundale returned to India to assist Annie Besant in her political activities. He became the Organizing Secretary of the All-India Home Rule League and was interned by the Government along with Annie Besant and B. P. Wadia for three months in 1917. In 1920 Arundale married Rukmini Devi, a gifted artist, whose talents he fostered. From 1924 to 1926 he was President of the Madras Labour Union, which he had been instrumental in forming, and through which he successfully secured a higher minimum wage and less working hours for the working man.

In 1925, he joined the Liberal Catholic Church, and later became one of its Bishops. The same year, the Golden Jubilee year of the Theosophical Society, he travelled extensively in Europe lecturing for the Society and studying educational, political and social conditions. From 1926 to 1928 he was General Secretary of the Australian Section, during which time he endeavoured to awaken Australia to the greatness that was hers, and started the journal Advance Australia to promote that purpose. He was instrumental, with the help of others, in setting up the first Theosophical Broadcasting Station 2GB.

In 1927 he was away from Australia for a time on a lecture tour in Europe and the United States; Mrs Arundale and he were the guests of honour at the American Convention that year. Each year from 1931 to 1934, he undertook such lecture tours, greatly vitalizing the Theosophical work in the countries he visited.

When Dr Besant died in 1933, Dr Arundale was elected President of The Theosophical Society and began from 1934 to work out a Seven Year Plan which included the development of Adyar, and ensuring the solidarity of the Society. With well-prepared publicity material next year he launched a ‘Straight Theosophy’ Campaign, that encouraged the study of basic Theosophical principles, and culminated in the fine Diamond Jubilee Convention at Adyar in 1935. Lodges were urged never to forget their primary purpose of instructing members in Theosophy, using a language that could be understood. The next campaign was entitled ‘There is a Plan’.

In 1935 three books of Dr Arundale, in which he set forth his conceptions of human and spiritual values, were published: You; Freedom and Friendship and Gods in the Becoming. In 1936 he presided over the Fourth Theosophical World Congress at Geneva, when he decided the third Campaign should be for ‘Understanding’ which, proving successful, was extended into 1938. After that, ‘Theosophy is the Next Step’ was the theme, but the Second World War broke out and not much could be done. He then issued ‘Letters’ to Sections which were widely used and helpful. By 1936 there was a visible improvement in the membership of a number of National Societies, indicating that the President’s vigorous policy was taking effect.

The Campaigns were creating new interest and activity. In 1937 Arundale gave a lecture on Symbolic Yoga at the Convention, using his material for ‘roof-talks’ at Adyar, and for his addresses later when on tour in Europe and America. These appeared as a book called The Lotus Fire: a Study in Symbolic Yoga. However, due to war conditions, travel outside India was not easy. The competent and devoted workers in every Section carried the Society forward under his direction. But all over Europe Lodge after Lodge and Section after Section was forced to close. Increasingly, Dr Arundale devoted himself to the inner side of the work in an endeavour to assuage the suffering of mankind. In an attempt to awaken people to a greater sense of responsibility, he started a small weekly paper in Madras called Conscience.

He welcomed to Adyar Dr Maria Montessori and her son, Mario Montessori, who came to India but were unable to return to Italy because of the war. During their stay in Adyar, they trained teachers from India and neighbouring countries in the well-known Montessori method of child education.

In 1940 Dr Arundale set up a Peace and Reconstruction Department so as to have a Charter for World Peace ready when the war ceased. Each year he stressed that members should spread ‘the mighty Truths of Theosophy’, undertook tours in India, and supported the art and educational institutions and activities of Rukmini Devi. He worked hard to build a better understanding on the part of Indians of the position of Great Britain in the West, and for a still more liberal attitude on the part of Great Britain towards India. In 1941 Dr Arundale was conferred the honorary degree of Vidyâ-Kalânidhi, meaning ‘Storehouse of Art and Wisdom’, by the old and much respected institution Shri Bharat Dharma Mahamandal, Benares (now Vârânasi), for his ‘extraordinary merits and excellent qualities’. Dr Arundale’s two special themes were: the unity of India and the development of greatness in the individual.

Being always interested in the development of youth, Dr Arundale assisted in the formation of the ‘World Federation of Young Theosophists’, founded in 1935 with Rukmini Devi as President and himself as ex-officio Hon. President. In memory of Dr Besant’s love for youth, Dr Arundale established in 1934 at Adyar the Besant Memorial School. A National University had been established under the auspices of the Theosophical Society, with Dr Rabindranath Tagore as the Chancellor, and Arundale became the Principal of the Training College for Teachers.

He inspired them with his conception of teaching as a sacred profession. In 1926 he was Minister for Education in the princely state of Indore. He was in fact a notable figure in the field of education in India, and the National University bestowed upon him the degree of Doctor of Literature in appreciation of his work. He wanted to see basic Theosophical teachings influence the educational process, using the slogan ‘Education for life, not for livelihood’. His conception of the keynote of education in India was service.

In 1945 he was advised complete rest for he was gravely ill, and despite all the care and attention given to him, he passed away on 12 August, just as the news that the world war had ended spread throughout the world. One of the finest contributions made to the Society’s work by Dr Arundale is best described by another slogan he invented — ‘Together Differently’. Repeatedly and insistently, he emphasized in his writings and talks that differences of outlook and opinion could only enrich the work of The Theosophical Society.

Another important contribution was the emphasis he gave to 'straight' Theosophy in the campaign which he initiated under that name. It cannot be said that any one of his contributions was more important than another, but the two mentioned above did unquestionably bring about a definite change in the minds and hearts of the membership, and sharply emphasized once more the freedom of individual thought inherent in Theosophical teachings.

Dr Arundale was known not only for his Theosophical work but also for his interest in Co-Freemasonry, and the Indian Scout movement, being for some years Provincial Commissioner for Madras Province. His many books included Kundalini: An Occult Experience, The Lotus Fire — A Study in Symbolic Yoga, Nirvâna, Mount Everest — A Book on Discipleship, and You. 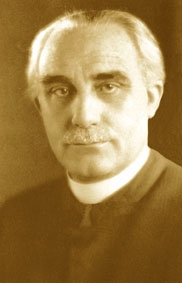