Radha Burnier served five terms as the President of the Theosophical Society, having taken office as the seventh President in 1980. Before that, she served the Society in various capacities for over thirty years. Having obtained a Master’s degree in Sanskrit from the Benares Hindu University, she supervised the research and publication work of the Adyar Library and Research Centre as its Director from 1959–79. She was also a well-known exponent of Indian classical dance.

Mrs Burnier lectured all over the world on Theosophical and cultural topics. Her talks and writings are known for clarity of thought and depth of vision. The Nagarjuna University, India, conferred an honorary D. Litt on her in 1984 for her work in promoting learning and values.

As a child, Mrs Burnier went to the National Girls’ High School, one of the numerous schools founded by Theosophists to inculcate in its pupils Indian culture and traditional values. She studied classical Indian dance at Kalakshetra, the Arts Academy on the TS campus (1938–44) and gave many performances while she worked for her BA and MA University degrees. During this time she was active at the national headquarters of the Indian Section of the TS at Varanasi and served as Librarian of the Section. She shone in academics and was awarded the first place at the MA level by the Benares Hindu University. She played a major role in the well-known director Jean Renoir’s classical film ‘The River’ in 1948. However, activities along this line were dropped as her work for The Theosophical Society increased.

Work for The Theosophical Society

Radha Burnier joined the Society in 1935 when she was still only a child, and from 1945 onwards became actively involved with its various activities. She was President of the Youth Lodge, Adyar Lodge and the Madras Theosophical Federation in succession. She was the Secretary of the Cultural Association of Varanasi. From 1954–59 she was the Assistant Director of the Adyar Library and Research Centre founded by Col. Olcott, one of the foremost Indological institutions in the world, and from 1959–1980 the Director of this prestigious institution. As Director, she was the editor of the Library’s Research journal Brahmavidya and supervised its publications. She also translated several Sanskrit works, such as the Hatha-yoga-pradipika, a well-known manual on Hatha Yoga, and the chapter on dance in the Samgita-ratnâkara, a classic work on music and dance. She continued to be on the editorial board of the Library’s annual journal on Indology and was the editor of the Society’s monthly journal The Theosophist to her passing.

Mrs Burnier was General Secretary of the Indian Section for eighteen years (1960–78) and brought distinction to that post. She lectured all over India and abroad, at the same time carrying administrative responsibility for the Indian Section and sharing in the administrative work of Adyar. She was the Manager of the Besant Theosophical School, and the Theosophical School, college and hostel for girls, at Varanasi (1960–72). She was elected to the office of International President in 1980 and guided the work of the Society worldwide.  A deep student of Theosophical philosophy and well-versed in oriental learning, she actively popularized Theosophical ideas around the world, with special emphasis on daily living and ‘human regeneration’. She was the Founder of the New Life for India Movement (1968), whose aim is to create an awareness in Indian youth of right citizenship, right values and right means. Its journal is Wake Up India. She was a member of the Society’s General Council since 1960, a member of its Executive Committee since 1957 and a member of the Adyar Estate Administration Committee from its inception in 1960. It is clear that Adyar held a special place in her heart, for not only was she born here, but she also had a very intimate knowledge of the whole compound, and saw to it that it was kept beautiful and serene.

President of The Theosophical Society

Mrs Radha Burnier was elected as the seventh International President of the Theosophical Society and took office on 17 July 1980, since when she was re-elected to her fifth seven-year term in 2008. She travelled widely for the Society’s work, delivering talks and lectures to members and the public, inspiring all those who attended, to lead a nobler and higher life based on unity and brotherhood, as the primary reality. Her extensive lecture tours took her to every continent and her programmes centred on reflection and meditative inquiry into life’s deeper problems. She was also the President of several Theosophical centres in USA, Australia, Holland, etc.

A memorable event during Radha Burnier’s Presidentship was the renewal of contact between The Theosophical Society and Krishnamurti. He had known Radhaji, as he called her, from the time he was a young man at Adyar, and she a child. The two children of Mr Sri Ram, Radha and her brother Vasant, were regular visitors to the tennis court where Krishnaji used to play, and sometimes visited his flat. He always treated her with much affection and said that if she was elected President of The Theosophical Society, he would go to the TS, which he did, receiving a very warm welcome from residents and others living nearby. This first visit was on 3 November 1980, which was followed by another visit in December 1980 when he planted a Bodhi tree, which has since grown beautifully. Whenever he was in Chennai after 1980 until his death he came for walks on the Adyar beach in front of the TS.  Cordial relations exist between members of the Krishnamurti Foundation and the TS.

Many improvements were made during Mrs Burnier’s Presidentship. The Olcott Memorial School which was languishing has become known as one of the best schools for underprivileged children in the State of Tamil Nadu. The Animal Dispensary has come wholly into TS control, and provides treatment daily to more than 30 animals a day. The Social Welfare Centre takes care of around 100 infants, with free nutrition, clothes, pre-school training and so forth, while the HPB hostel provides a home for 25 or more boys who are in need.

Efforts were also being constantly made to give delegates to the annual international conventions better amenities and convenient accommodation. Constructions like the Dining Room of Leadbeater Chambers and first floor lodging space for many of the houses were among the many features to update the estate under Radha's Presidency.

According to Mrs Radha Burnier, ‘the philosophy behind Theosophy must remain relevant to present-day issues’. Hence she was actively involved with service-oriented organizations that deal with education, animal welfare, vegetarianism, environmental issues, and so on. She was the Chairperson of the Besant Education Fellowship, Varanasi, and the Olcott Education Society, Adyar. The latter runs a free high school called the Olcott Memorial School (started 1894) for over 700 underprivileged children from the local fishing villages, the HPB hostel and the TS Social Welfare Centre which caters to the needs of 150 underprivileged pre-school children. She was a member of the Board of the Olcott Memorial School since 1959, and Chairperson since 1980.

Mrs Burnier was also the International President of the Theosophical Order of Service (TOS) which is active all over the world. The TOS, founded by Mrs Annie Besant in 1908, is now an international organization providing an opportunity for participation in activities that promote the First Object of The Theosophical Society:

‘to form a nucleus of the Universal Brotherhood of Humanity, without distinction of race, creed, sex, caste or colour’.

It is active in various countries throughout the world and in many Lodges/Branches of The Theosophical Society. It includes many streams of service: information service, social service, citizenship, world peace, animal welfare, healing, education, relief, rehabilitation, vocational training and the environment. Mrs Radha Burnier constantly encouraged awareness of the horrible plight of animals and the need for appropriate action. She stated:

'The Theosophical Order of Service was founded in 1908 so that the sum of pain in the world may be reduced to some extent at least, and at the same time in order to help its workers to learn, through their service and the attention they pay to the quality of their work, to purify the mind.'

The TOS rose to the occasion when the tsunami struck the eastern coast of South India on 26 December 2004, causing extensive destruction and loss of life, and rendering people homeless and without means. The TOS Chennai Region swung into action, distributing relief to those affected and even flew to the Andaman Islands. Monetary help was immediately received from TOS Regions in India and from all over the world. Three reverse osmosis plants were installed to provide pure water in some of the worst affected villages. A reputed social service organization was given the contract to maintain and run them. All this and many other activities were carried out all over the world under the able leadership of Radha Burnier who remained undaunted in the face of any crisis.

Mrs Burnier was appointed the President of the Environmental Society, Chennai, which promoted and supported the maintenance of ecological balance, planting more trees and fighting issues on behalf of a beautiful environment. She thus sounded the keynote for the need of the worldwide membership to become aware of the Society’s essential aim — human regeneration — and the need for us to discover the practical dimension and relevance of every fundamental Theosophical principle.

Mrs Radha Burnier went on lecture tours in India and abroad, speaking to members and the public of the relevance of the teachings of Theosophy in today’s world. The duties of President of The Theosophical Society cover various fields and necessitate a holistic approach to current issues in the world. Mrs Burnier, in her address given at Adyar, when she was elected to her second term of office in 1987, said:

'The bond which holds the Society together and the closeness which most of the members feel with one another, in spite of outer differences of culture and background, is a subtle one. It springs from a shared concern for the true values of life, and the awareness that these values are the basis for spiritual awakening. One of the functions of the President of The Theosophical Society is to see that the work of the Society deepens this sense of unity and that it strongly influences its members towards a life in which the noblest values are enshrined. This task is by no means an easy one, and no one can claim complete success. Far from it. But the important thing is to continue the work with steady faith. The world moves inevitably, even though seemingly too slowly, towards the realization of unity and brotherhood. Imperfect humanity is destined to awaken to greater truth and some there must be who will help to reveal it. They alone deserve to be counted as Theosophists.'

Mrs Burnier’s endeavour consistently sought to raise human consciousness to higher levels over the thirty-three years of her tenure as President of the Society. 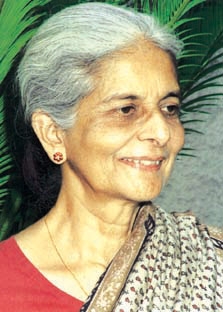