William Quan Judge, was born in Dublin, 1851. He was brought up a Methodist, but early showed strong occult tendencies. The family migrated to New York in1864 and Judge became a naturalized American citizen at 21. He worked as a clerk at an early age, as he had to be self-supporting. marrying in 1874 and had one daughter who died of diphtheria in1876. At the time of the formation of The Society he was a law clerk in the office of the U.S. Attorney for the S. District of New York. He was later admitted to the Bar, and made a specialty of Commercial Law. He was modest, unassuming, eager for occult instruction and ready to work. Though at first H.P.B. objected to Judge becoming a Councilor, yet he won her friendly regard and kept it. He developed leadership, and became one of the most important figures in The Society. Together with H.P.B. and H. S. Olcott he is considered to be one of the three main founders of the TS. Later difficulties arose, and he led the secession of the majority of American Lodges in 1895. He passed away in 1896.

'William Quan Judge [was] a much loved friend and pupil of H.P.B. and the channel of life to the American Branch of the T.S. A highly evolved man, with a profound realization of the deeper truths of life, he built up the Society in America from small and discouraging beginnings. No difficulties daunted him, and no apparent failures quenched his fiery devotion. . . . He was beside H.P.B. through those early days, saw the exercise of her wonderful powers, and shared in the founding of the Theosophical Society. And throughout the remainder of her life on earth the friendship remained unbroken, and during the later years she regarded him as her one hope in America, declaring that, if the American members rejected him, she would break off all relations with them, and know them no more. . . .His real work, the spread of Theosophy in America, was splendidly performed, and his memory remains a lasting inspiration. . . . William Quan Judge must ever have his place among Theosophical Worthies.'

With thanks to Dara Eklund and Theosophy Wiki. 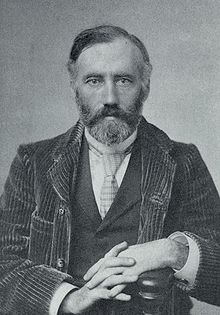