1. Day, Lecture 'A Theosophy for Tomorrow' by Tim Boyd https://www.youtube.com/watch?v=mFGLcXOyu1s

1. Day, Opening. Sorry for the lost voice of the other microphone https://youtu.be/26AHPhCsSsA

We are excited about the first-ever World Congress held in Asia! Our members in Singapore have been making preparations for more than a year, and are looking forward to welcoming their Theosophical sisters and brothers from around the world. Singapore is a beautiful, multicultural, world-class city with a thriving Theosophical group. We hope you can attend!

Opening on Saturday 4 August at 9.30 am (Singaporean time)

Our present actions shape the future. It is the work we do now within ourselves and for others that determines what the Theosophical Society will look like in years to come. This Congress is to encourage us to actively participate in the NOW, to come to a shared vision foru our future.

There are two Hotels side by side, Ramada and DaysHotel. The program takes place at Ramada's Congress Hall. Accommodation is in both Hotels.

We have only package rates. Packages include:
* accommodation from 3rd to 9th noon (for those attending the TOS Conference see the package below until 11th noon)
* conference fee with programs from 4 (morning, opening) to 8 August (late evening with banquet)
* meals (breakfast, 2 tea/coffee breaks, lunch and dinner) from 4th to 8th August, and breakfast on 9th.

Registration Form is in attachment.
Partial scholarships are available through secy.hq@ts-adyar.org
Any questions may be directed to Singapore: 2018wc@singaporelodge.org

After the World Congress

(TOS = Theosophical Order of Service)
will be at the same venue

about the destination, Singapore website
Some photos also in this link

ABOUT THE SYMBOL OF THE WORLD CONGRESS

1. The artist Joma Sipe was "inspired" by MERLION The Merlion (Malay: Singa-Laut) is a well-known icon of Singapore depicted as a mythical creature with a lion's head and the body of a fish. It is widely used as a mascot and national personification of Singapore. The logo is not a replica of Merlion.

4. The colors used were adopted from an original 1886 book  publication Theosophy, Religion and Occult Science by Henry Olcott. Coincidentally those colors link directly with Singapore and its Chinese background and history. 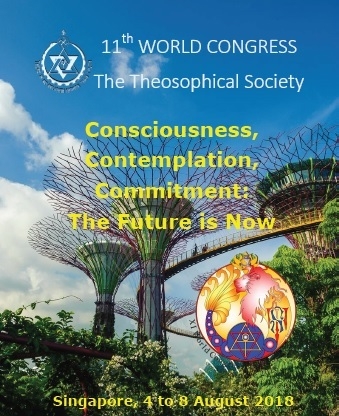 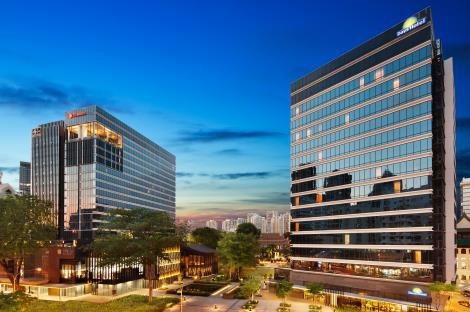 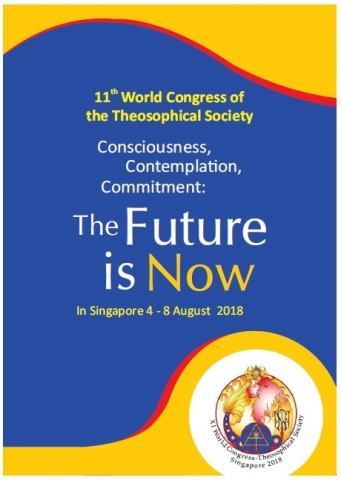