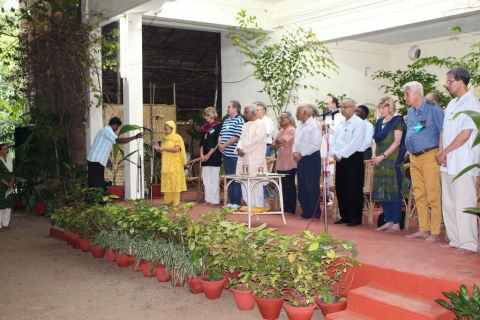 More than one hundred gatherings so far

In December every year, the northeast monsoon departs, leaving the Estate fresh, alive, green and nourished.  A few weeks later, from 31 December to 5 January, an important event for Theosophists takes place: the International Convention.

There have been more than one hundred such gatherings.

Delegates arrive from everywhere, the majority from the Indian sub-continent, as well as from other countries around the world.  Their number fluctuates between 1,000 and 1,500 but on special occasions such as the Adyar Centenary Convention in 1982, numbers have reached 2,000 or more.

The Convention transforms the tranquil Adyar Estate into a busy centre with delegates accommodated in the main guesthouses, private homes, and other buildings.  They come to participate in what is a unique annual international gathering, and to see Adyar, 'The Home of the Masters.'

The Convention is also an opportunity for members of the Society from many lands to become acquainted with the international fraternity and meet old friends. There is a great deal of activity at this time.  Services include information booths, book displays and sales, various stalls and a South Indian restaurant under a large palm-leaf  structure built especially for the Convention period.

During the Convention, through lectures, some of them by eminent Theosophists, philosophers, scientists and thinkers, and through symposia, dialogues and discussions, the members of the Society examine the meaning and significance of Theosophy in the context of the present-day world and individual problems.

At the 88th International Convention, the fifth International President of the Society, N. Sri Ram said:
'Every Convention is a kind of peak we ascend as well as an occasion from which to look back and look forward. It provides an atmosphere in which each of us can best realize what this movement is intended to achieve and what one can do to help it.' 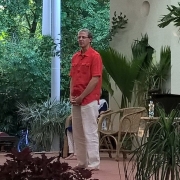 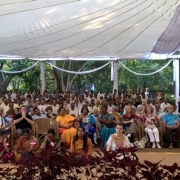 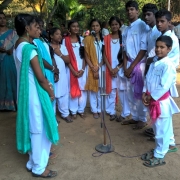 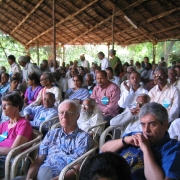 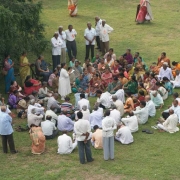 THEMES OF THE COVENTIONS SINCE 1977

2002    The Spiritual Regeneration of Humanity

2009    Science and Spirituality in the light of Theosophy

2010    Theosophical Teachings on the Path